I can’t believe it is already February and, in case your New Year’s Resolutions didn’t get off to a good start, there is still time to make the changes you wish.

I am aware that giving up smoking is a priority on many New Year’s Resolutions list, together with my resolution of getting more active and being healthier. Although I am not a smoker, I know how hard it is to give up smoking completely, as hubby used smoke for several years.

I recently came across Nicoccino and thought it was a great alternative to smoking, as you can be entirely ‘smoke free’ whilst still getting the benefits of smoking instantly. Nicoccino is a revolutionary product which enables users to enjoy an instant nicotine sensation without tobacco, tar and the anti-social smell associated with smoking.

Nicoccino is particularly convenient for smokers who spend long periods of time in non-smoking environments, such as the office, on long-haul flights, at concerts, gigs or restaurants. Nicoccino is also ideal for use at home, especially for those with young children, as the product is consumed discreetly and without creating passive-smoke. 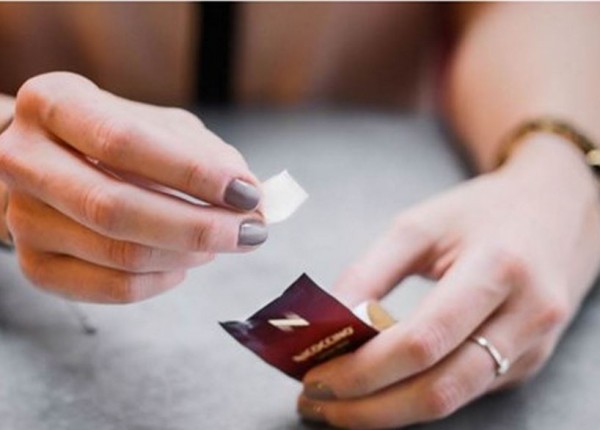 Made using only natural ingredients, Nicoccino is the first consumer product in the UK which offers a discreet and powerful nicotine experience, and can be used in situations where people can’t or don’t want to smoke traditional cigarettes or e-cigarettes.

The product is a leaf-thin natural film which contains 1mg of pure nicotine, equivalent to one regular strength cigarette. Simply placing a Nicoccino film underneath the upper lip and onto the gum, where it will sit securely and dissolve, enables an immediate transfer of nicotine from the film into the bloodstream, and discreetly delivers a powerful nicotine effect.

Lilinha Angel’s World has teamed up with Nicoccino to offer you the chance to win a gift box containing 9 packs of 10 Nicoccino films (RRP £39.99) and a leather embossed wallet (RRP £40.00), so you can enjoy a smoke free 2015.

For your chance to win a Nicoccino gift box and a leather wallet (worth £79.99), please fill in the Gleam app below. You MUST leave a comment and subscribe by email (compulsory entries), you can also gain extra entries by tweeting (daily entry), subscribing to other social media channels, etc.

You can also enter on Twitter for another chance to win a Nicoccino Gift Box and Leather Wallet. Simply RT this tweet:

T&C’s: The winner will be randomly picked by Gleam after the closing date on Monday 9th March 2015. Lilinha Angel’s World will contact the winner by email or Twitter within 7 days wherever possible and will allow 7 days for a reply. Open to over 18′s and UK only. If I do not hear anything within this time period I reserve the right to redraw a winner. Lilinha Angel’s World decision is final.