Nickelodeon Land at Blackpool Pleasure Beach is about to welcome a very special character to the attraction!

Blackpool Pleasure Beach is a 42-acre amusement park featuring over 125 rides and attractions and home to the UK’s only Nickelodeon Land, a six-acre attraction home to 12 rides based on the popular children’s TV channel. 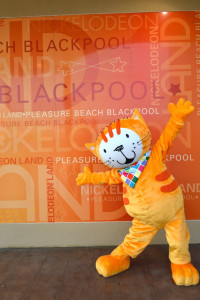 Poppy Cat, from the hit Nick Jr series, will be joining the likes of SpongeBob SquarePants, Dora the Explorer and the rest of the gang at the six-acre attraction for fun and story time!

The adventurous pussy cat will be appearing at Nickelodeon Land every day from July 30 where she will be meeting and greeting youngsters, as well as hosting story time with children every day. 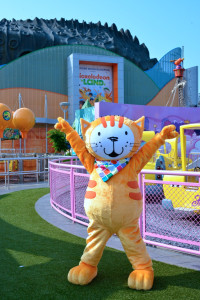 There will also be a chance to get healthy and dance along to an energetic “Copy Poppy” routine, where families will be encouraged to mimic the costume characters’ dance movements in time with the Poppy Cat theme tune several times a day on the Nickelodeon Land stage.

Poppy Cat is aimed at the pre-school market and promises to bring extra fun to guests at Nickelodeon Land where younger children can learn and have fun with the colourful character, whilst enjoying the 12 amazing rides based on characters from one the world’s favourite children’s channels. 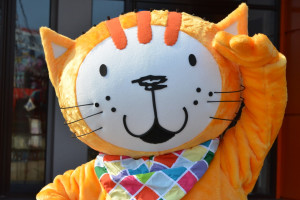 Poppy Cat is based on the award-winning books written and illustrated by Lara Jones which have sold over 2.5million copies worldwide. Poppy Cat and her friends enjoy extraordinary adventures and with a flick of her patchwork bandana, fantastic vehicles appear such as sailing ships to hot air balloons.

Poppy Cat currently airs every weekday on Nick Jr and Nick Jr 2. For more information on the pre-school series, visit www.poppycat.com, or become a fan on Facebook or Twitter @PoppyCat_

One Response to "Poppy Cat provides the purrfect summer treat as she arrives at Nickelodeon Land!"