Adapted and Directed by Simon Reade

“I think the quality of what Scamp do is amazing,” Michael Morpurgo

The celebrated stage production of Michael Morpurgo’s hugely popular children’s story, PRIVATE PEACEFUL, embarks on a UK tour next spring, 5 March – 28 June 2014 … and we have tickets for you to win, plus a DVD of the 2012 film. 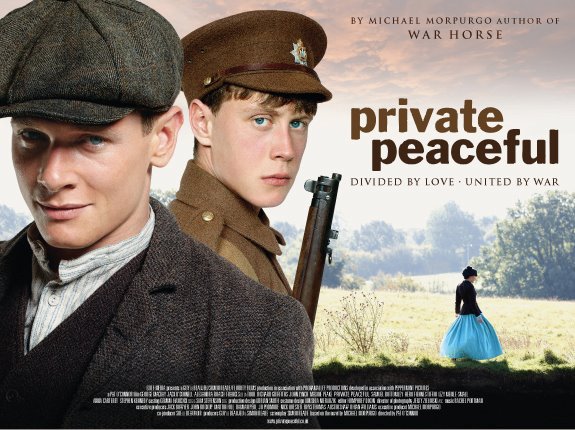 PRIVATE PEACEFUL relives the life of Private Tommo Peaceful, a young First World War soldier awaiting the firing squad at dawn. During the night he looks back at his short but joyful past growing up in rural Devon: his exciting first days at school; the accident in the forest that killed his father; his adventures with Molly, the love of his life; and the battles and injustices of war that brought him to the front line.

In the tour production, the role of Private Tommo Peaceful will be shared by Paul Chequer and Andy Daniel. A film version of the book was released in 2012, now available on DVD, starring Richard Griffiths, Frances de la Tour and Maxine Peake with George MacKay in the title role.

Winner of the Blue Peter Book of the Year, the hugely popular novel PRIVATE PEACEFUL is by the former Children’s Laureate, Michael Morpurgo (also author of War Horse). This production will tour in the centenary year of World War One. 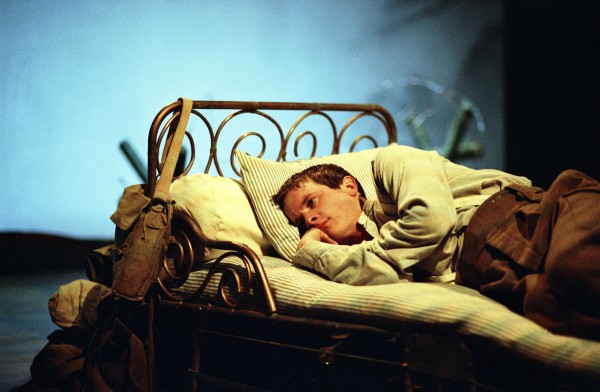 To win a family ticket (for four people) to see the show or a copy of the DVD, please leave a comment with your preferred venue/date. For tour venues and performance times, please go to www.scamptheatre.com/#private-peaceful

Please note that there are two prizes, first prize is a family ticket of four people and the runner-up prize is a copy of the 2012 film. Tickets are non-transferable and are subject to availability. There are no cash alternatives, accommodation or travel included in this prize.

For your chance to win a family ticket or Private Peaceful DVD, please fill in the Rafflecopter below. You MUST leave a comment and subscribe by email (compulsory entries), you can also gain extra entries by tweeting (daily entry), subscribing to other social media channels, etc.

T&C’s: The winners will be picked by Rafflecopter after the closing date on Monday 24th February 2014. Lilinha Angel’s World will contact the winners by email or Twitter within 7 days wherever possible and will allow 7 days for a reply. Open to over 18′s and UK only. If I do not hear anything within this time period I reserve the right to redraw a winner. Lilinha Angel’s World decision is final.