In my opinion, breakfast is the most important meal of the day and, this academic year Kellogg’s is awarding grants to 1,000 schools in some of the most deprived areas of the country to help them set up or run their existing breakfast club and we want as many schools as possible to apply for these grants.

One in four (29 pc) working parents with children in breakfast clubs would be forced to quit their jobs without them. 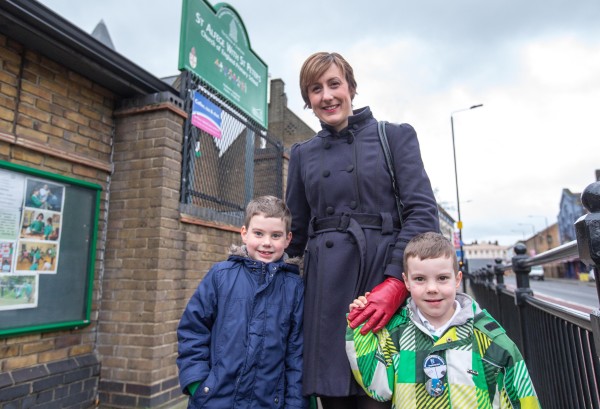 Pre-school breakfast clubs have become a ‘lifeline’ for many British families with almost a quarter (24 pc) of all working households using them so they can drop their primary school children off before school in order to get to work on time.

Working parents who drop their children off at school early can save up to £1,373 a year using pre-school breakfast clubs instead of alternative childcare. Across the UK, this is a potential saving of £26.4 million in childcare costs each week .

Worryingly, the one in 10 parents who don’t have access to a breakfast club have had to go to dramatic lengths to balance their job and childcare needs including negotiating flexible working hours (10 pc), taking a pay cut (6 pc), or putting their career on hold (3 pc) to care for their children in the morning.

The ability to send their children to a pre-school breakfast club means that 12 pc of parents can attend university or college to study says the new report from Kellogg’s.

Pre-school clubs are a huge support now that childcare costs have increased by 77 pc over the last ten years, with some working parents paying out up to a third of their income on childcare. 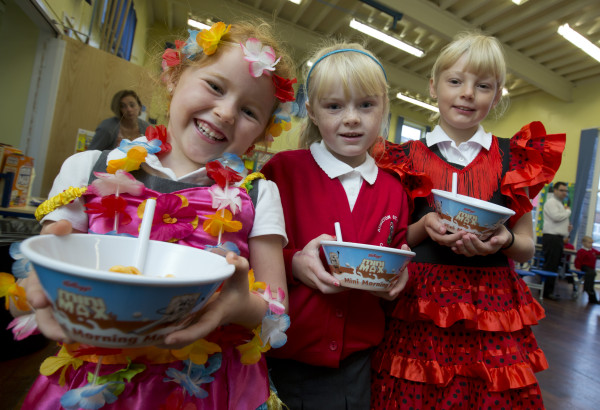 For parents on lower incomes 83 pc said breakfast clubs save them money and if they had access to a free breakfast club at their school half (55pc) would use it on a regular basis.

One in four lower earning families said their primary school kids would even have to be left unsupervised for some part of the morning if they couldn’t use the breakfast club.

What’s more, the study shows that parents who use breakfast clubs can clock up 93.6 additional hours5 of employed work annually. And without breakfast clubs many children would be less likely to eat in the morning, with one in ten (9pc) parents admitting they wouldn’t have time to feed them before work.

This corresponds with the findings of a study last year which showed that more than a quarter of teachers (28 pc) had seen an increase in children being sent to school without a breakfast and 52 pc of parents had less money to spend on food.

Kellogg’s is awarding grants to 1,000 schools in some of the most deprived areas of the country to help them set up or run their existing breakfast club. This is part of the company’s pledge to donate 15 million portions of cereal and snacks to families in food poverty, by the end of 2016.

Kellogg’s is offering £50 of cereal vouchers to donate to your local school breakfast club, please enter your details in the Rafflecopter below. You MUST leave a comment and subscribe by email (compulsory entries), you can also gain extra entries by tweeting (daily entry), subscribing to other social media channels, etc.

T&C’s: The winner will be picked by Rafflecopter after the closing date on Friday 28th March 2014. Lilinha Angel’s World will contact the winners by email or Twitter within 7 days wherever possible and will allow 7 days for a reply. Open to over 18′s and UK only (subject to delivery restrictions). If I do not hear anything within this time period I reserve the right to redraw a winner. Lilinha Angel’s World decision is final.